Making the right choice for success

Selection of antennas for a tracking device

Antenna selection should be made at the beginning of development for any wireless IoT device because its final cost and performance will define the success of your project.

Understanding what makes an antenna

Everything inside a distance of pi x 2 x lambda to antenna component becomes part of the system and affects its performance. This area is called the “near field “of the antenna, this will include the PCB, larger components such as the battery or display, the FR4 board and the housing.

Below we will illustrate a few known and also a few unknown arrangements for antennas in a tracking device transmitting over NB-IoT, LTE-M, GNSS and Bluetooth. The ten examples shown are only symbolic, there are many more possibilities and these could fill an entire “IoT Antenna Cookbook”. 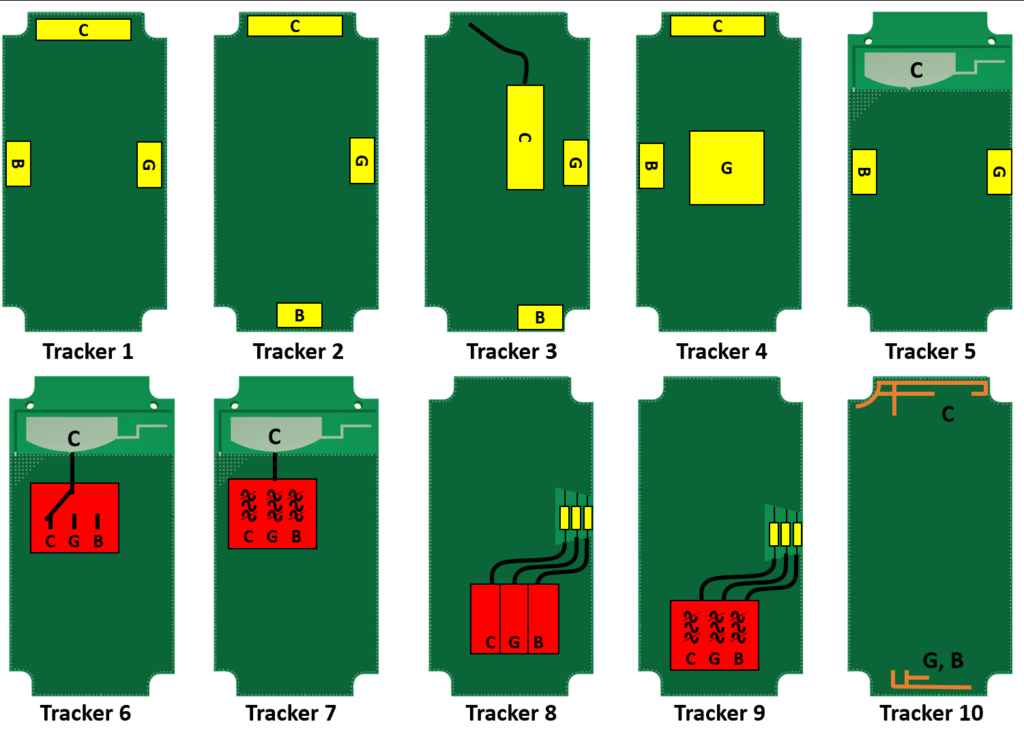 10 illustrations of antenna layout on a PCB

Figure 1 and 2 show chip antennas for NB-IoT/LTE-M, Bluetooth and GNSS. In figure 3, the chip antenna for GNSS “c” has been exchanged for a patch antenna. In figure 4, the chip antenna for NB-IoT/LTE-M (g) has been exchanged for a flex PCB antenna. This is not unusual and saves installation space on the PCB. The downside is the extra cost of the antenna, the coaxial socket on the PCB and the cost of manual labour to mount the antenna in the enclosure.

PCB antennas integrated into the main PCB with chip antennas
In Figure 5, the PCB antennas for NB-IoT/LTE-M have been integrated into the main PCB. This has several advantages: the cost of procurement is 0 Euros, the delivery time is 0 days and there is no end of life. In addition, the antenna can be optimally adapted to the environment by adjusting the antenna structure. Chip antennas were chosen for Bluetooth and GNSS. 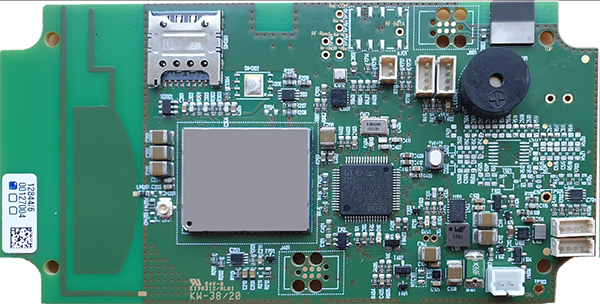 Trust the experts.  How akorIoT can help

The team offer a range of services to help you get the best possible performance from an antenna, contact us today find out how we can help.