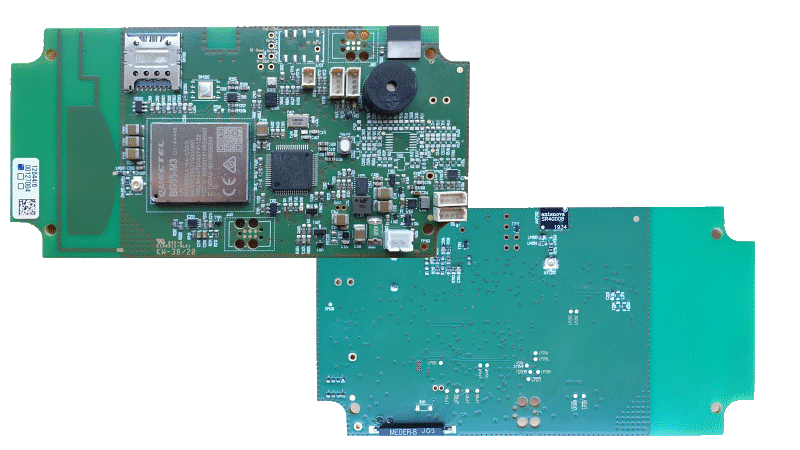 “akor” is the Proto-Celtic word for “open”.  The goal of the akorIoT SensPRO 2 was to create an open platform similar to the idea of a Programmable Logic Controller (PLC).

akorIoT is the world’s first IoT platform where virtually all development options are open. akorIoT PCBs enable designers to easily develop and prototype cellular connected IoT devices using a 2G, NB-IoT, LTE-M or 5G Massive IoT network. akorIoT includes all the components required to collect sensor data or sense position by GNSS as well as enabling data upload. It gives you the choice to select any cloud service you like for the management, storage and analytics of your IoT device.

The PCBs supports cellular and GNSS antennas through RF  connectors or by embedded antennas. The default SIM card is an eSIM (option) with automatic detecting and switching to the 3FF microSIM connector.

The basic version of the SensPRO is capable of covering more than 20 applications. Some of the applications are also supported directly by the example firmware provided. The sensor data or GNSS data are read by the microcontroller and then transferred to the akorCLOUD or any other cloud service you like. The akorCLOUD is not only used to visualize the measurement data, but also manages the program code of the SensPRO in the field by firmware update over the air. With SensPRO 2 the program code can be exchanged remotely. You have full control over your SensPRO anywhere in the world.

Programming is the next key area of support. If your team doesn’t have any capacity available, a software developer from the akorIoT team takes over the programming of the open SensPRO 2, the akorCLOUD or the app on a smartphone.

The SensPRO 2 is used in many applications without hardware modification. This reduces the development costs in an IoT project to zero. If sensors are not required, the assembly can be left out at the customer’s request. The Bill of Materials for the antenna in the SensPRO 2 has already reached zero because a multi-band PCB antenna is used on the motherboard’s ground plane.

Different manufacturing techniques are used to reduce costs and optimize the performance of the antennas: Planar in FR4 on the mainboard, FR4 at right angles to the mainboard, FR4 or Flex-PCB with coaxial cable, coiled wire, etched and bent tin plate up to customer-specific tools for ceramic antennas.

You can read about some customer applications here.  The Quantec tracking device is a good example of an IoT development. Quantec first acquired the IoT/M2M Cookbook and quickly gained a good basic knowledge by reading it. After that Quantec bought one of the akorIoT boards and did a Proof of Concept (PoC). The Quectel radio module and the MCU STM32L4xx were tested and then transferred to a new customer-specific board. Quantel itself programmed the MCU and the server for sensors in the construction industry 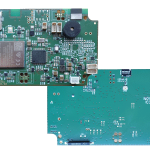 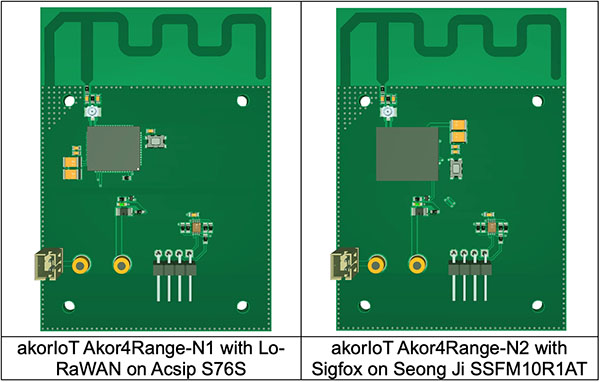